What is a STAR Bond?

Sales Tax Revenue (STAR) Bonds provide Kansas municipalities the opportunity to issue bonds to finance the development of major commercial, entertainment, and tourism areas and use the sales tax revenue generated by the development to pay off the bonds.  STAR Bonds are reserved for large scale projects that are “characterized as a statewide and regional destination, and include a high quality innovative entertainment and tourism attraction."

According to the "50/50 Rule," STAR Bonds must generate at least $50 million in taxable sales revenue and a minimum $50 million in improvements, such as buildings and facilities which generate property tax revenue for the City, County, and School District.

It is important to note that the City of Goddard keeps its portion of any and all current and new sales tax revenue generated outside of the district within Goddard.  For more information regarding STAR Bonds, please click HERE.

The City of Goddard's STAR Bond will include the construction of a 150-room Class A hotel with a conference facility, an Olympic Quality Swimming Complex operated by the International Swimming Hall of Fame, baseball/softball fields, as well as retail, commerce, dining, and more!
For information on staff presentations for key action items such as the project plan public hearing, development agreement and amendments, project infrastructure items, please click HERE. 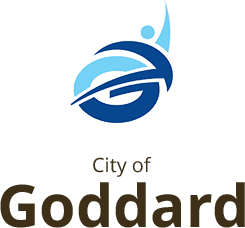